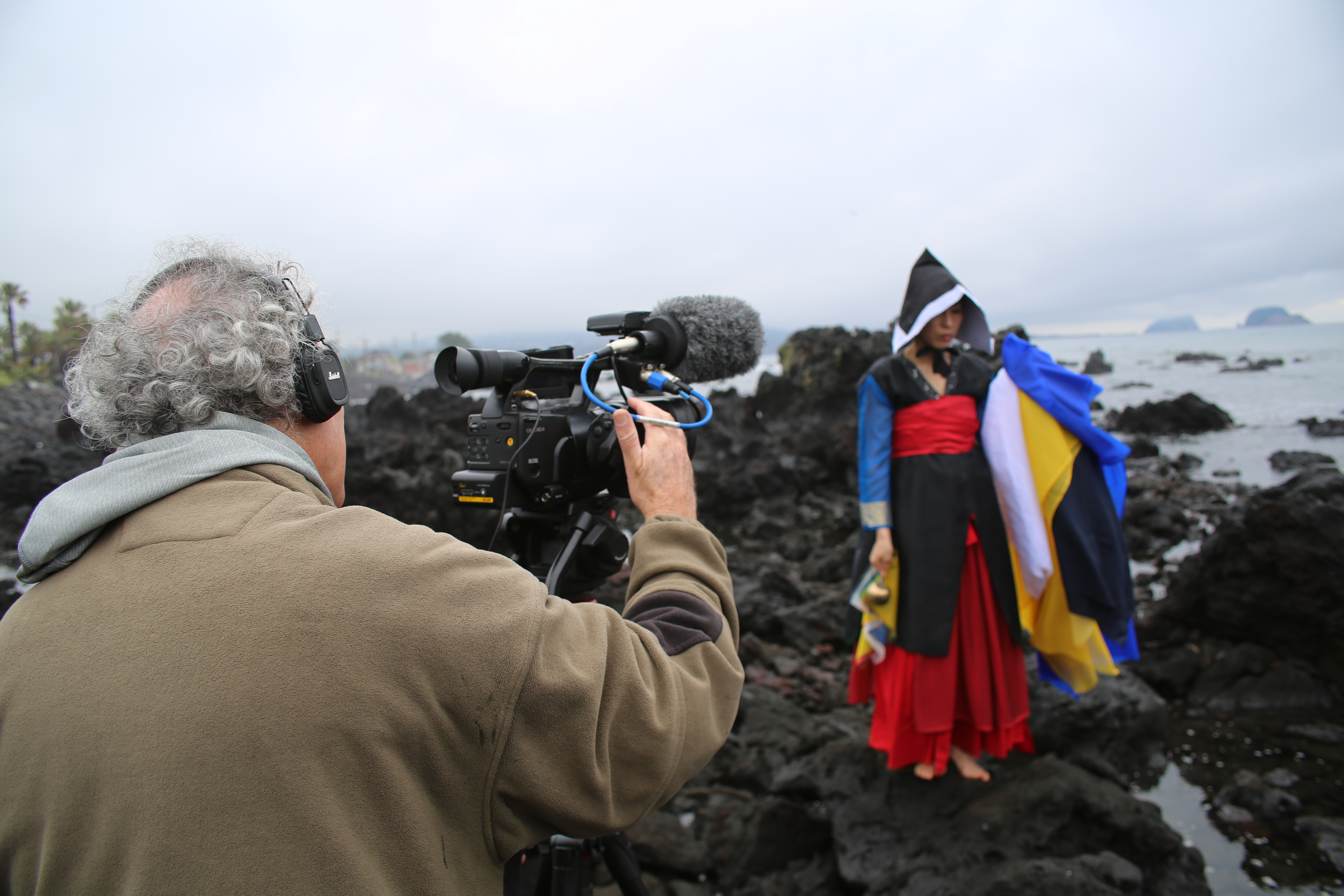 The Karibu Foundation invites you to the Norwegian Premiere of the documentary film “Village vs. Empire” by Emmy award winning director Mark Kaplan.

Jeju Island, off the coast of South Korea, is also known as Stone Island, Peace Island, and Women’s Island. It is home to no less than seven world heritage sites. But it is a paradise with dark side. Here on this tiny ecologically unique island, a village is confronting an empire. In Gangjeong village, on the southern tip the island, the U.S. and the South Korean navies have been building a huge naval base as part of a geopolitical strategy to ring-fence China. They are thus thrusting the islanders in the crosshairs of future conflict.

The film will have its Norwegian premiere at the 2018 Norwegian Social Forum / Globalization Conference.   Room: Mezzaninen

Director Mark Kaplan and Producer Nefise Lorentzen will be present for the film screening.

The film was made with support from the Karibu Foundation and Fritt Ord. 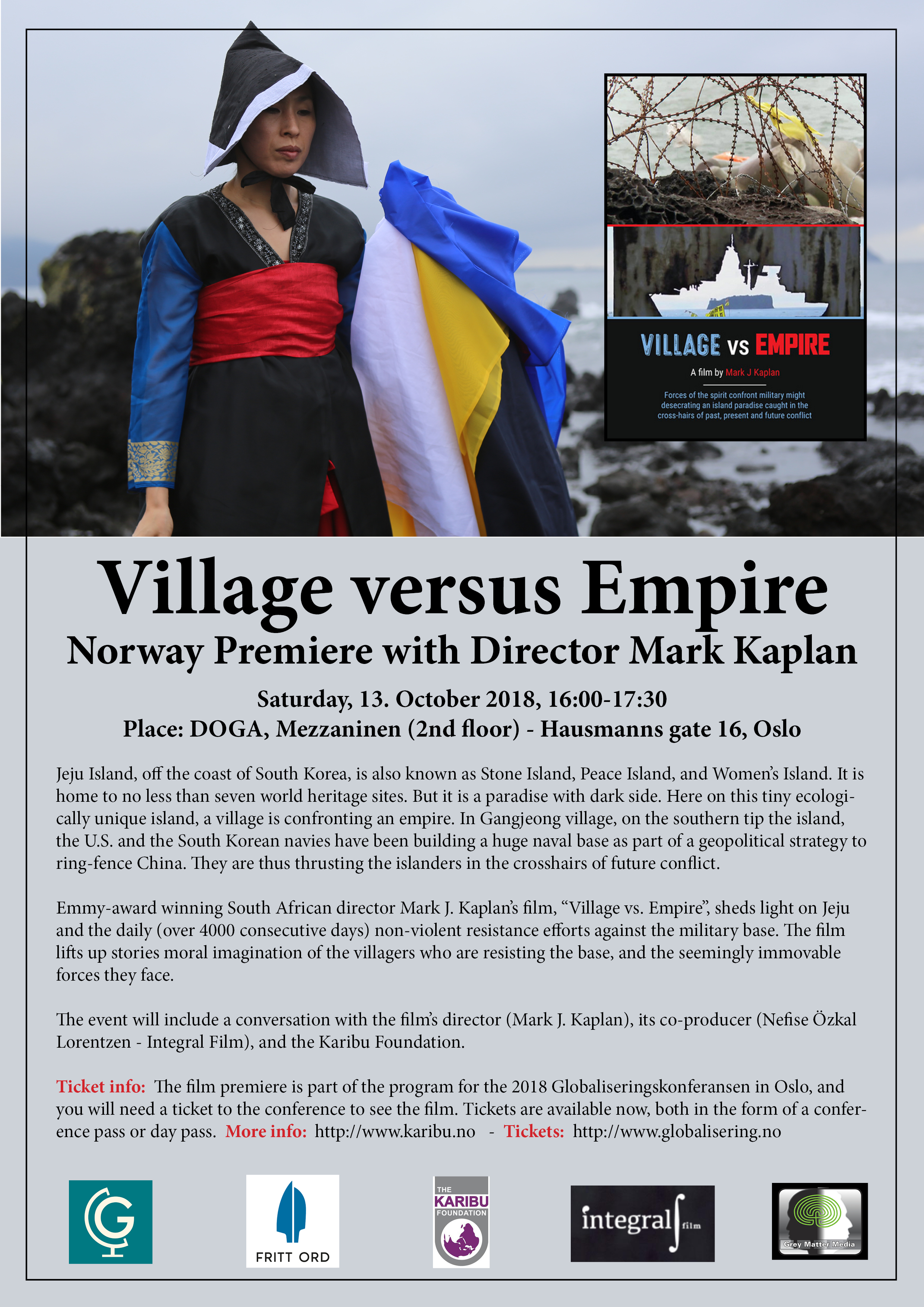