The social and climate crisis (COP 26: Outside advocacy)

INTRODUCTION | Part I of a two-part series
Voices from the South, October 2021

In late October / early November, governments from around the world will be gathering in Glasgow, Scotland for the annual climate talks hosted by the United Nations (“COP26”).   This summit is seen as a critical moment for climate justice, as the Intergovernmental Panel on Climate Change (IPCC) reports that time is running very short to halve greenhouse gas emissions necessary to limit global warming to a 1.5°C increase.

While some activists from the global South have gained access to these significant climate negotiations, a majority of South voices are left out due to lack of vaccines and impossible logistical requirements for traveling in a pandemic.  There is a definitive need for South voices (especially those living on the frontlines of climate change) to be heard on a global arena related to the future of the planet.

In this month’s “Voices from the South,” we offer a two-part series from movements in the global South mobilizing towards COP26 through different means.

|Part I (below) is a text from the “Southern People’s Action on COP26” that profiles the efforts of those movements who have not been able to travel to Glasgow and who are mobilizing in the streets.  Through their “outside” advocacy work, the campaign mobilizes trade unions, farmers, women, fisherfolk, indigenous peoples, youth, and environmental and climate justice movements in the Global South to send a clear message from where they are to those in Glasgow:   Stand up NOW for climate and social justice.

|Part II (link here) is a text from Ivan Phell Enrile, climate justice program manager at IBON International in the Philippines.   Ivan writes on the “inside” advocacy work of South movements that have gained access to the COP meetings, and the policy demands that they will be working for in Glasgow.   Ivan presents the concrete policy changes that frontline communities most affected by climate change need from the UN Climate Change Summit, and argues that there is a need for a systematic change where people and the environment are at the front and center of development. 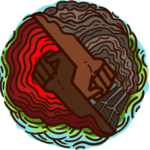 The Southern People’s Action on COP26 (SPAC26) is a loose campaign formation to coordinate mobilizations in the lead up to, and during the Global Day of Action for Climate Justice on Nov 6. It works with trade unions, farmers, women, fisherfolk, indigenous peoples, youth, and environmental and climate justice movements in the Global South, supporting their actions at the country level to give prominence to their struggles and demands.

The world is caught in multiple and intersecting crises brought about by a world economy in recession, the pandemic, and climate change.

The climate crisis continues to intensify. Scientists and climate policy experts warn that without drastic moves to eliminate carbon pollution the planet will warm to 1.5° Celsius in the next two decades, resulting in long-lasting and irreversible impacts: rising seas displacing tens of millions of people, extreme flooding water shortages, extinction of species, ecosystems collapse, food insecurity, and loss of human lives.

Despite the urgency, climate ambitions of global leaders remain low. Developed countries are not meeting their climate commitments. Carbon emissions continue to rise at a significantly alarming pace. While coal use has declined in the global North, they continue funding the construction of coal and other fossil fuel plants in developing countries, further increasing the latter’s dependence on these dirty energy sources.

Developed countries not delivering on promises

Developed countries have not delivered on their promise of providing the needed finance to help people in the developing countries adapt to climate change. On the other hand, more funds are going towards reforestation projects and so-called “clean energy” solutions such as dams, geothermal, biomass, and hydropower that displace local communities and indigenous peoples and violate human rights. Climate finance (local, national or transnational financing that seeks to support actions that will address climate change ) is also coming more in the form of loans than grants, jeopardising the economic sustainability and, consequently, the capacity of developing countries to adapt to climate change. The demand of developing countries for reparations for loss and damage due to slow onset and extreme weather events remain unheeded.

Market-based alternatives such as carbon trading and offsets are being pushed by corporations and governmental bodies so that developed countries can evade their historical responsibility while passing on the burden of mitigating carbon emissions to developing countries. The promise of renewable and sustainable energy is being hijacked by traditional big business interests, and some of the solutions may potentially engender global resource grabbing and exploitation.

Covid-19 and the new normal

Meanwhile, COVID-19 threatens to further deepen pre-existing problems of corporatized development, marginalization of people in the development process, socio-economic inequalities, and the climate crisis. Economic recovery strategies dubbed as the “new normal” are increasingly unfolding to be the same policies that have led to the monopolization of natural resources, privatization of social wealth, and rising temperatures. In many instances, important legislations and regulations to protect communities and the environment are being reversed.

The crisis is only further aggravated with the erosion of peoples’ democratic rights such as their right to access to information, participation in the development process, their right to organize, and their right to mobilize. Official negotiations are happening virtually but without the meaningful participation of the civil society. Outside official spaces, repression is rampant and harassment, imprisonment, and killing of environmental, land, and rights defenders continue.

COP 26: What is it and why are we mobilizing?

COP stands for ‘Conference of the Parties’. The ‘Parties’ are the governments which have signed the UN Framework Convention of Climate Change (UNFCCC). The COP brings these signatory governments together once a year to discuss how to jointly address climate change. The conferences are attended by world leaders, ministers, and negotiators, representatives from civil society, corporations, international organizations, and the media.

The agenda for COP26 is likely to cover, amongst other things: rules on the use of carbon offsetting, financial aid for developing countries including for loss and damage, and a review of the first wave of climate pledges that countries submitted five years ago through a mechanism defined by the Paris Climate Agreement.

The UK government insists on hosting an in-person COP despite the fact that parties, observers, and activists from the global South are struggling to access vaccines and pay rising travel and accommodation costs. The climate policymaking regime as it stands is heavily skewed towards developed countries and their corporations. The UK’s failure to ensure the representation of the global South in the climate negotiations will further tilt the balance of power towards the global North

Click here to read part II of the series: “What frontline communities need from the UN Climate Change Summit”

Subscribe
Oct 21, 2021 at 15:07
Newsletter
Updates and analyses from our partners