The 2022 World Social Forum: “A different world is possible”… differently

INTRODUCTION | Part I of a two-part series
Voices from the South, May 2022

For the past two decades, the World Social Forum (WSF) has served as an open meeting place for social movements, networks, NGOs and other civil society organizations who are aiming build alternatives to neoliberalism and who are opposed to a world dominated by patriarchy, capital, colonization, and imperialism.  Interest and engagement in the WSF have recently decreased dramatically, however, leaving many activists to question whether the WSF still has the relevance for social movements that it once did.

In May 2022, the Karibu Foundation assembled a small team of activists from across Latin America, from South Africa, and from Norway to attend the 2022 World Social Forum in Mexico. The group’s mandate was to gather insights, information, analyses on the state of global civil society and where it may be going.  They also aimed to shed light to other members of Karibu’s network about whether the World Social Forum still has relevance in its current form.

In the next two editions of “Voices from the South”, we will hear personal reflections of the experience at the WSF from two members of Karibu’s partner team who were present in Mexico City.

Part I (below): In May, we hear from Stiaan van der Merwe (Palestine Solidarity Campaign, South Africa), who provides some of his initial observations, impressions and reflections of the WSF in Mexico City. He argues that there is need for a different kind of individual and collective consciousness, wisdom, and thinking in order to address today’s challenges.

Part II (link here): In June, we hear from Anna Denardin (Possible Futures, Brazil) on her reflections on the way forward for progressive civil society in unstable times.  She paints a picture using the imagery of a wave of water that is coming – and needing to determine if one will dive in or run from the change that is coming.

These contributions are initial personal reflections of team members rather than part of the team’s larger report and recommendations. 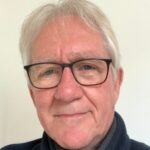 Stiaan is a member of the Palestine Solidarity Campaign in South Africa. He was a member of Karibu’s WSF 2022 Team.

He can be reached at stiaan@coachingsa.co.za.

The 2022 WSF gathered in modern-day Mexico City, after its postponement from 2021 due to international COVID-19 related restrictions on travel and meetings. Its motto remained: “A different world is possible”. The centre of activities had been on the town square, in the shadow of a triumphant Spanish colonial Cathedral built over the remains of decimated ancient Mexico City, its sacred centre, temple and pyramid (“Templo Mayor”).

A moment of cross-border gathering in times of COVID

The mere fact that the WSF took place has in itself been very important. It provided a physical space for international, person-to-person connection and reconnection in bigger and smaller formal and informal meetings in contrast to the “Zoom events” as have recently been “the norm”.

In joining the Labour Day march, as the opening event, symbolically represented using and reclaiming streets as places of protest, awareness raising, mobilization and celebrations. These physical spaces have recently by and large been denied, shrunk and/or  suppressed across the world.

According to the final statement 789  small events (average of +/- 120 per day) were organized in a variety of venues around the center of Mexico City.  The fact that these events did take place with the usual passion, dedication, being informative and with occasional robust interaction, provided important signs that progressive civil society remains alive and active.  Stories and other feedback from many participants indicated that these spaces and interactions proved to be invaluable to them and their organizations albeit as sources of inspiration for daily struggles.

One wonders what percentage of events have actually taken place. More often than not it was found that events were either cancelled, postponed to another day and time and/or facing unannounced change of venue.

We salute the Mexican local organizing committee. Even more so the enthusiasm and dedication of local volunteers at the WSF’s registration desk and at the small events. They had  to face disappointed and confused and perhaps angry participants where events did not take place as planned.

Has the WSF and/or progressive civil society been sleepwalking?

The myriads of these small events are the heartbeat of the WSF. They form the basis for WSF final statements.  The text of the Mexico City final statement would thereby have served as basis for feedback on the mind and spirit of the Mexico WSF on matters of substance, and as guidance on practical, strategic and organizational matters towards an immediate way forward.

At the time of writing the final statement has only been available in Spanish. A first glance (of Google English translation) the statement seems uninspiring, bereft of new progressively challenging context analyses. In essence it seems to be rehashed yet updated analyses and sentiments from previous WSFs. And at best, it provides vague, abstract and generic ideas for the way forward. Perhaps sadly so, the statement may just as well be symptomatic of even mortal strategic, organizational, managerial governance challenges facing the WSF and thereby perhaps also indicative of the questionable future of the WSF itself.

The statement does end strongly with: “Another world is possible and united we must build it!”

Our ideologies, theologies, analyses and understanding of social, political, economic, financial systems and institutions and most prominently our Mother Earth and Nature, as we have come to know them, seem to be in “collapse”. Why should they not (be allowed to) “collapse”?  The same may apply to the WSF itself.  Furthermore our familiar organizational structures, practical tools and processes, campaigns etc. to address our challenges may perhaps at best prove to be of limited benefit or be subject to “collapse” as well.

Questions raised in various informal discussions include whether the WSF and progressive civil society in general are not actually in need of a fundamental relook at itself? Should we not fundamentally reconsider our understanding of a world that has undergone and is undergoing ominous looking and fundamental changes since we last met at a WSF? A world that has become increasingly unfamiliar, even somewhat unrecognizable, and uncertain to live in. It seems a different world has emerged, yet one that is diametrically opposite to what the WSF’s motto has in mind.

Has the WSF and/or progressive civil society actually been sleepwalking through a world that is changing dramatically?

Practically:  How should civil society face and respond to this global and historically unfamiliar, unknown and uncertain world? What types of change, healing and nurturing are required at this time? Who and what do we and our organizations need to become in order to face our challenges effectively? What level and/or types of collective consciousness, mindsets, spirituality, wisdom, practical thinking and concrete actions are called for?

We know we cannot do the same things over and over and expect different results. We also know the level of consciousness that created problems cannot solve it. Is progressive civil society not also inadvertently part of the problem?

The ultimate responsibility towards solutions sits especially with younger generations. The apparent average age and mindsets of this WSF would definitely not on its own carry the current (nor any new) dream and baton.

It seems the way forward not first of all about strategy and practical processes. It seems to be about the dream: “a different world is possible”.  Most important is the individual and collective consciousness and intelligence within which and from which the dream should be dreamed and put in practice. The dream or dreams seems to require and call for a different level or a different kind of individual and collective consciousness, wisdom, and thinking to be expressed in actions and of “getting hands dirty” in practical, hands-on actions in support of life with Mother Earth and for future generations.

Significantly, yet rather inconspicuously,  the conference bag displayed the image of an ancient Mexican cosmological symbol of a serpent referred to as: “Coatl” (“serpent”).

This is no ordinary serpent. We were informed that it represents “Quetzalcoatl”, a “feathered serpent”. The Quetzalcoatl generally represents an ancient, indigenous, lived, holistic experience and (self)awareness or consciousness of our cosmos. It namely represents the intrinsic cosmic union and balance in each of us between our creative and life-sustaining feminine aspects such as spiritual wisdom and nurturing, and the unseen, sacred aspects of ourselves, our world and cosmos (represented by the feathers of the serpent’s tail) and our equally sacred masculine, the visible, the material, the practical, constructive aspects of life (represented by the body of a serpent) . Breaking this union would be desecrating and destructive to ourselves and our cosmos.

It is clear: our prevailing and dominant collective “coatl-centred consciousness”, divorced from the intrinsic union of “Quetzalcoatl-centered consciousness”, as supremacist human-centred, rational consciousness and mindsets are not able nor designed to solve the problem it created. Without romanticizing the past, could a disregarded and neglected ancient consciousness such as that of “Quetzalcoatl-consciousness” hold important value and lessons and may even provide guidance for different science and technology for our present and future? It is this consciousness that for example, and inexplicably to the modern mind, “designed” and built ancient Mexico City and other similar structures.

The World Social Forum, as we have come to know it, may not hold relevance any more to life in general and to grassroots social movements in particular.

Subscribe
May 24, 2022 at 10:51
Newsletter
News and Updates from the Karibu Foundation, Updates and analyses from our partners