Facing the wave of change: Ways to exist differently

INTRODUCTION | Part II of a two-part series
Voices from the South, June 2022

For the past two decades, the World Social Forum (WSF) has served as an open meeting place for social movements, networks, NGOs and other civil society organizations who are aiming build alternatives to neoliberalism and who are opposed to a world dominated by patriarchy, capital, colonization, and imperialism.  Interest and engagement in the WSF have recently decreased dramatically, however, leaving many activists to question whether the WSF still has the relevance for social movements that it once did.

In May 2022, the Karibu Foundation assembled a small team of activists from across Latin America, from South Africa, and from Norway to attend the 2022 World Social Forum in Mexico. The group’s mandate was to gather insights, information, analyses on the state of global civil society and where it may be going.  They also aimed to shed light to other members of Karibu’s network about whether the World Social Forum still has relevance in its current form.

In the next two editions of “Voices from the South”, we will hear personal reflections of the experience at the WSF from two members of Karibu’s partner team who were present in Mexico City.

Part I (link here): In May, we hear from Stiaan van der Merwe (Palestine Solidarity Campaign, South Africa), who provides some of his initial observations, impressions and reflections of the WSF in Mexico City. He argues that there is need for a different kind of individual and collective consciousness, wisdom, and thinking in order to address today’s challenges.

Part II (below): In June, we hear from Anna Denardin (Possible Futures, Brazil) on her reflections on the way forward for progressive civil society in unstable times.  She paints a picture using the imagery of a wave of water that is coming – and needing to determine if one will dive in or run from the change that is coming.

These contributions are initial personal reflections of team members rather than part of the team’s larger report and recommendations. 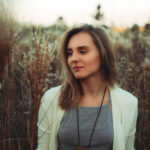 Anna is co-founder, strategist and designer at Possible Futures, a women led Global South collective that co-develops strategies to make visible the regenerative and decolonial narratives from the Global South. She is from Brazil, and was a member of Karibu’s WSF 2022 Team.

She can be reached at annadenardin@gmail.com

The world that we know is undergoing fundamental changes. We face the effects of inequalities, mental health precarity, racial violence, climate change, political polarization, among many others.

If after the COVID-19 pandemic there are more waves of instability and destruction to come, how do we prepare to face even more dramatic waves of crises?

And if the motto of the World Social Forum is “another world is possible” – will the “new world” emerge only through the collapse of the old?

The collapse of our unsustainable ways of being

What does “the collapse” mean, at least in this article? The collapse is (and at the same time is not) a metaphor for the wicked, complex and systemic problems we face. In this sense, we are talking about the high probability of a collapse – not the apocalyptic futures that we see in movies, nor the “the end of the world” in a sensationalist way – but a collapse of ways of being that are unsustainable, anchored on different forms of exploitation and destruction of alternative possibilities for existence.

This collapse is not only a possibility for the future, but already exists in the present for many groups. Indigenous people, for example, have been going through the end of the world since colonialism started, bringing civilization and progress through one perspective, and ethnocide and destruction through another one. In “Rethinking the Apocalypse: An Indigenous Anti-Futurist Manifesto”, instead of framing “the apocalypse” as something yet to come, the authors suggest that we are already living in the future of the apocalypse that began with colonialism.

It is important to emphasize that this article is aimed at people who are in a relatively privileged situation in society.This text would have been written very differently if the intended audience were the ones more directly affected by systemic violence. Also, the perspectives shared here are not to be seen as the fashion of next thinking, nor are aimed to provide a “new” standard of moral authority, but instead to start raising some questions that hopefully can help us to dissolve fragilities and enable more regenerative responses.

Facing the wave of change

So how do we, who are in a space of comfort and are only now experiencing glimpses of the collapse, cultivate maturity to face it as an important stage in the process of change – instead of denying it or getting paralyzed by it?

Let’s use a metaphor to explain this. Imagine that you are surfing at sea, enjoying a sunny day in the water. There is a big wave coming, and of course there are hundreds of ways to respond to it, but we are going to focus on some of the most common ones:

It is in this space of um-numbness and lucidity – between the comfort and panic zones – where we want to be.

We know enormous global changes are coming, and we need to prepare to dive into the unknown, face the depth of the water of change, and be humble enough to be open to its teachings in order to exist differently.

That being said, what kind of capacities do we need to develop in order to face the collapse and hold space for the emergence of alternatives that can support us to sense, relate and exist otherwise?

The current approach to the problem:

We collectively see the big wave coming, and start to compete to see who has the fastest and most effective solution to solve the problem. We compete about who represents the most important and urgent agenda (“…my cause is more important than yours, so I’m better than you”).

The hush and pressure makes us come up with superficial quick-fixes that don’t address the root causes of the problem and brings out the supreme zest of the assholiness that exists in each of us. We see patterns of behavior such as: being right at all costs; not being open to listen to different perspectives because our ego is too big; offering insignificant help while adopting self-congratulatory heroism; seeking personal validation or using the situation in our favor for personal advancement; assume others exist to serve us and to recognize our awesomeness.

This way of approaching the problem focuses on finding more obvious solutions that don’t bring any significant change in the system’s structure, subjectivities, or power relations. Through this approach, we are seeking ways to do things differently, not seeking ways to exist differently. We seek different answers to the same questions that have already been asked over and over. The disagreements are at some point addressed through a predefined consensus, since we want to move forward through effectiveness.

Thus, there is a fragmentation in the analyses of the problem and a strong fixation on ONE aspect of the system. This approach keeps us trapped into a (self)destructive loop of justifying wreckage and exploration with merit and entitlements while denying shared responsibility.

In a transformative approach, we collectively see the big wave coming, and take some important time to learn from the mistakes, see ourselves as part of what is being destroyed, attend with integrity to the collective process of composting, deal with the paradoxes, anger and grieve without feeling paralyzed or hopelessness, while holding an open space for something different to emerge.

In this space of change, we can see the emergence of some patterns of behavior, that come from the first and more important lesson:

We desperately need to be humble. To de-center ourselves. To be aware of our unconscious reproduction of harmful behavior. To do what is needed rather than what will make us look good. To expand the capacity to hold space for complexity, uncertainty and plurality. To compost our need for validation and being liked.

The World Social Forum in Mexico City made it obvious that there are many collectives, grassroots movements, NGOs and institutions rising in response to “the collapse”. They are articulating processes towards change, some still operating from the current approach (see above), others experimenting with some things radically different (see also above).

Yet, it was also clear that the WSF is itself collapsing, imploding from inside. WSF’s final statement provided nothing regarding possibilities for ways forward, neither mentioned absolutely anything about all the problems faced by the organization of this year’s event, providing a taste of denial with a hint of self-congratulatory heroism. I would affirm though that the WSF was successful in providing an experience to deal with uncertainties, navigate through unknowns and experience complexities first hand. It also pointed out the importance of having spaces of encounter and dialogue.

So what can we do if the ‘movement of movements’ is crumbling? Would this be the time for the WSF (and progressive social movements) to prepare to face waves of change and dive? Would we be capable of emerging differently, or would we be taken by the water?

What I can say is that the collapse of the unsustainable is not bad news; it is inevitable. Learning to move with change instead of trying to outrun it requires a good amount of willpower and resilience to interrupt our pleasures and comforts, relate differently (with human and non-humans), de-center our egos and recenter the Earth.

Otherwise, the “other world possible” will be the same, just wrapped in a different package.

Subscribe
Jun 23, 2022 at 09:23
Newsletter
Updates and analyses from our partners